Without further adieu I give you Toy Story Party Photos! 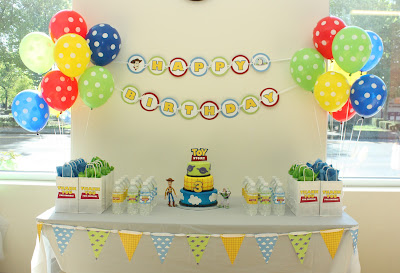 This adorable cake was custom made to match my created patterns by Sweet & Sassy Sugar Shop. The Toy Story logo and number 3 cake toppers I created to complete the look. 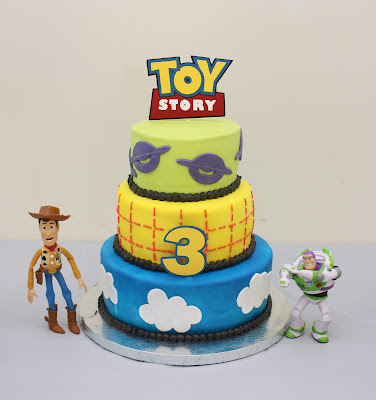 Using the same patterns from the pennant banner and cake I created personalized water bottle labels. They feature a custom Toy Story inspired logo for the birthday boys. 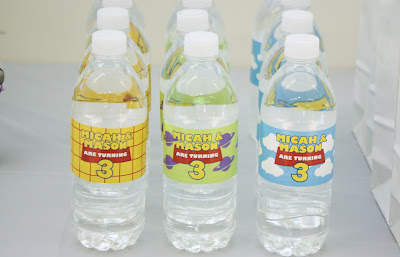 Also inspired by the Toy Story logo are these fun favor bags. 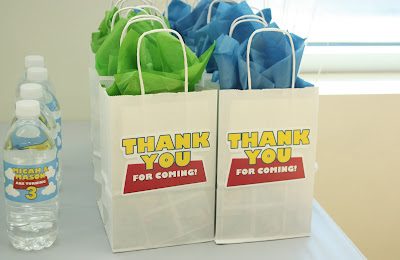 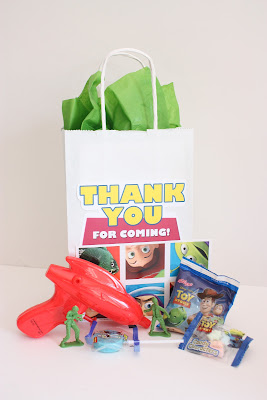 Shown earlier are the bright and cheery polka dot balloons offered at 5M Creations. I also added a fun mylar Buzz and Toy Story balloon set at the entrance to the party room. 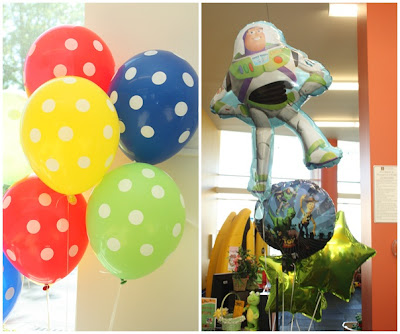 Our party area also featured a pizza planet area and guest tables featuring 5M Creations Toy Story party centerpieces. I lucked out that even the venues chairs matched my color scheme. I love it when little details like that happen. 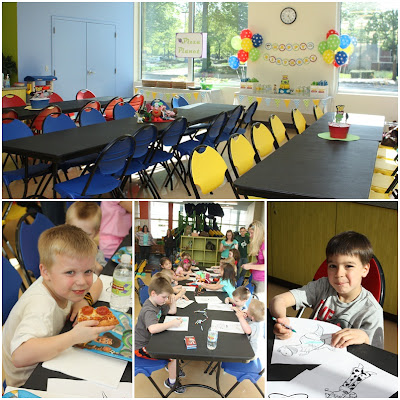 We have Toy Story color sheets for in between activities and  5M Creations Toy Story die cuts and a collection of Toy Story toys for party centerpieces. 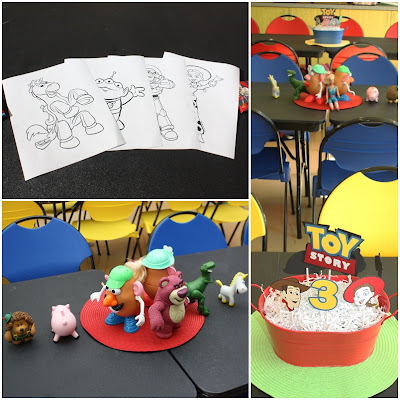 Here is a closer look at Pizza Planet. I created a separate space with its own sign and Toy Story alien centerpiece. This was a perfect backdrop for pizza of course. 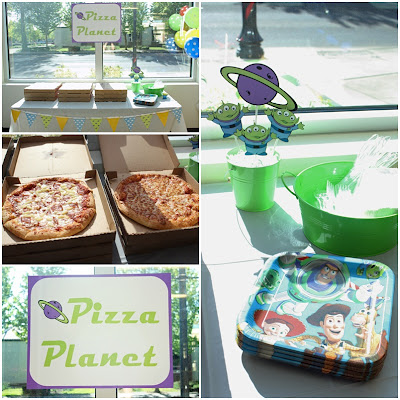 Most of the party the kids played hard. Lots of fun was had by all. 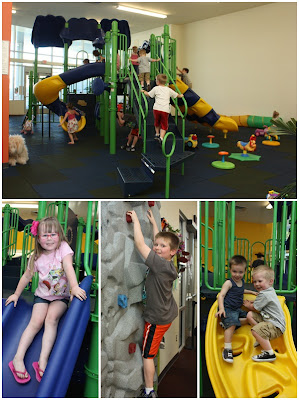 As you can see my big 3 year olds had a blast. They keep asking to go to their party again. :) A big success in my book. 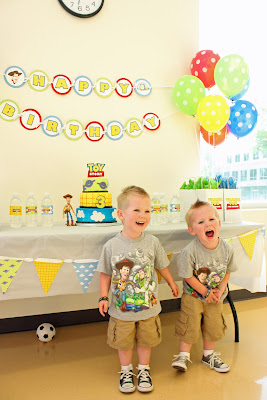 A special thank you to my friend Dara who helped me assemble and set up much of this party. Thanks bestie! I could not have pulled it off without you. 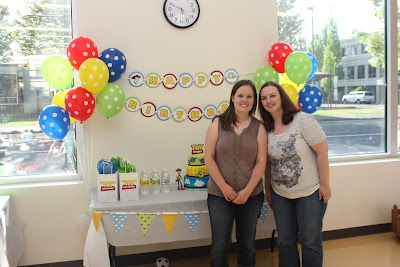 I saved the best for last. This fun photo booth with Toy Story photo props was a big hit. I was inspired by several other mommy's amazing blogs featuring a similar spaces. There is so much cuteness to share it will require its own blog post. Be watching for it. 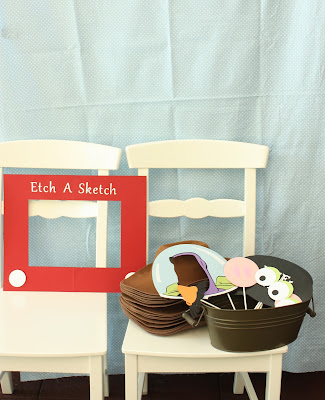 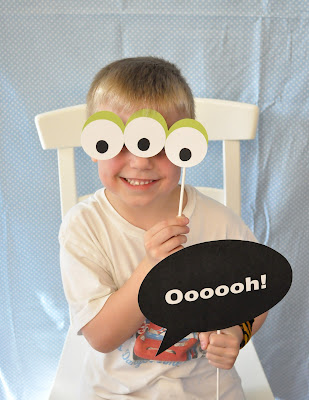