I was contacted be a previous customer to create a gender reveal party set. They were finding out the gender of their new arrival by ultrasound and wanted to have a party to reveal their news to family and friends. I Love this idea! Any excuse for a party. We started with the idea of Team Pink and Team Blue. The party guests would be casting their votes before the announcement was made. Here is the completed set. 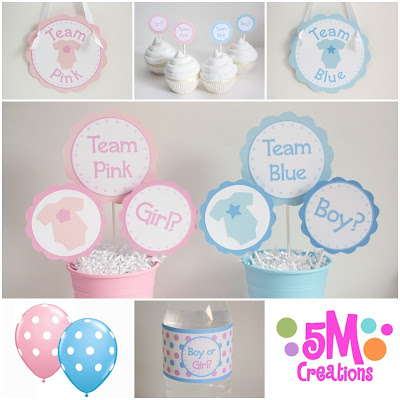 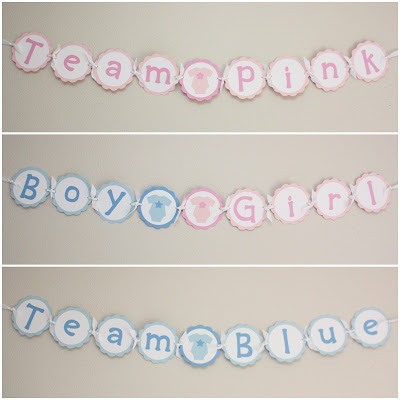 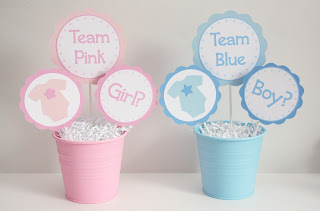 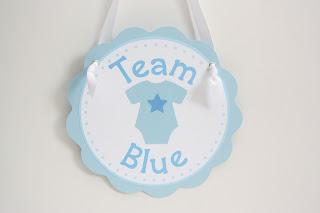 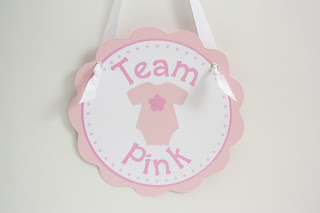 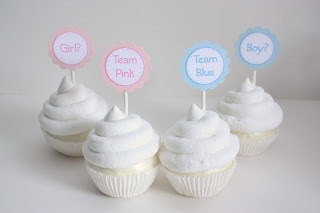 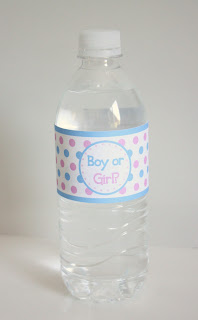 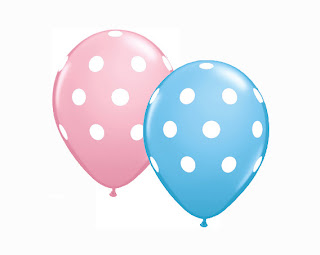 And now the party: Big Sister casting her vote. :) 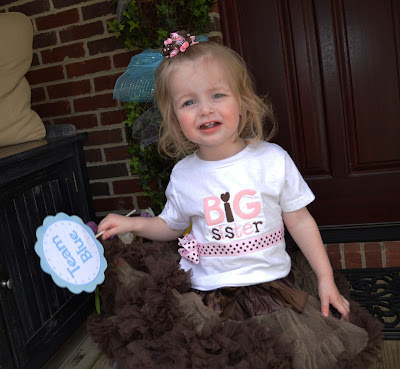 The guests were welcomed by lanterns filled with team pink and blue signs and a cute wreath with 5M Centerpiece sticks. Lots of ways to use these. 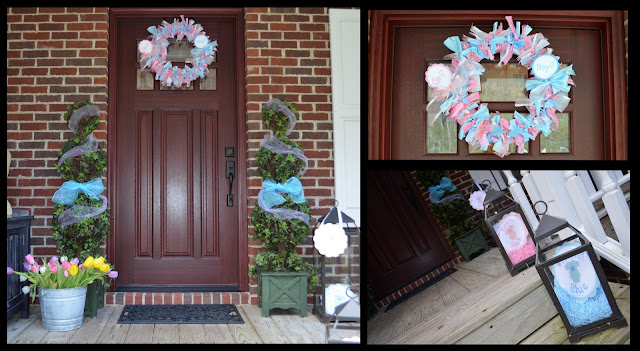 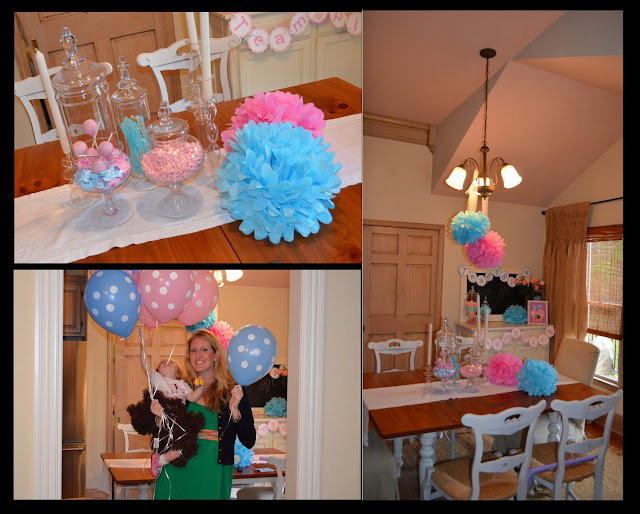 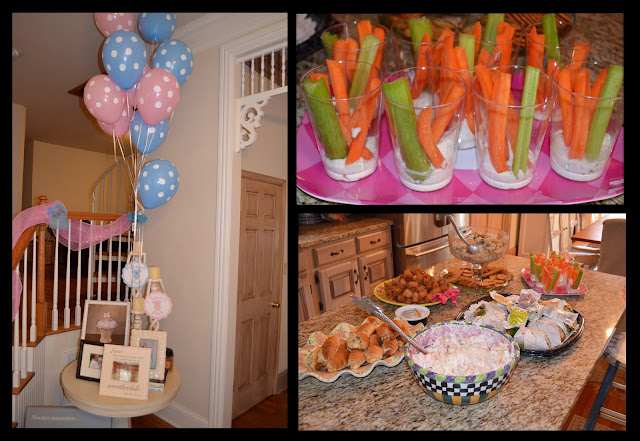 The results inside this cake. Boy or girl? 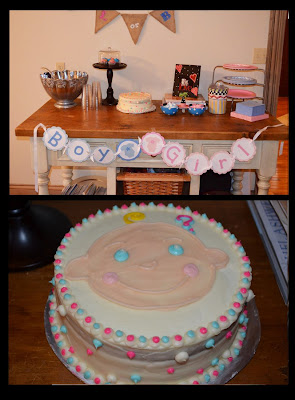 The results are in. The guests waited outside while this cutie came out with the balloon color of the gender. It's a boy! Congrats to the happy family. 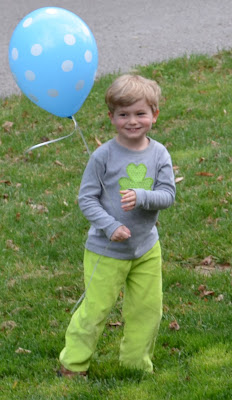